Tanay Mondial 2020 Getting Around Guide 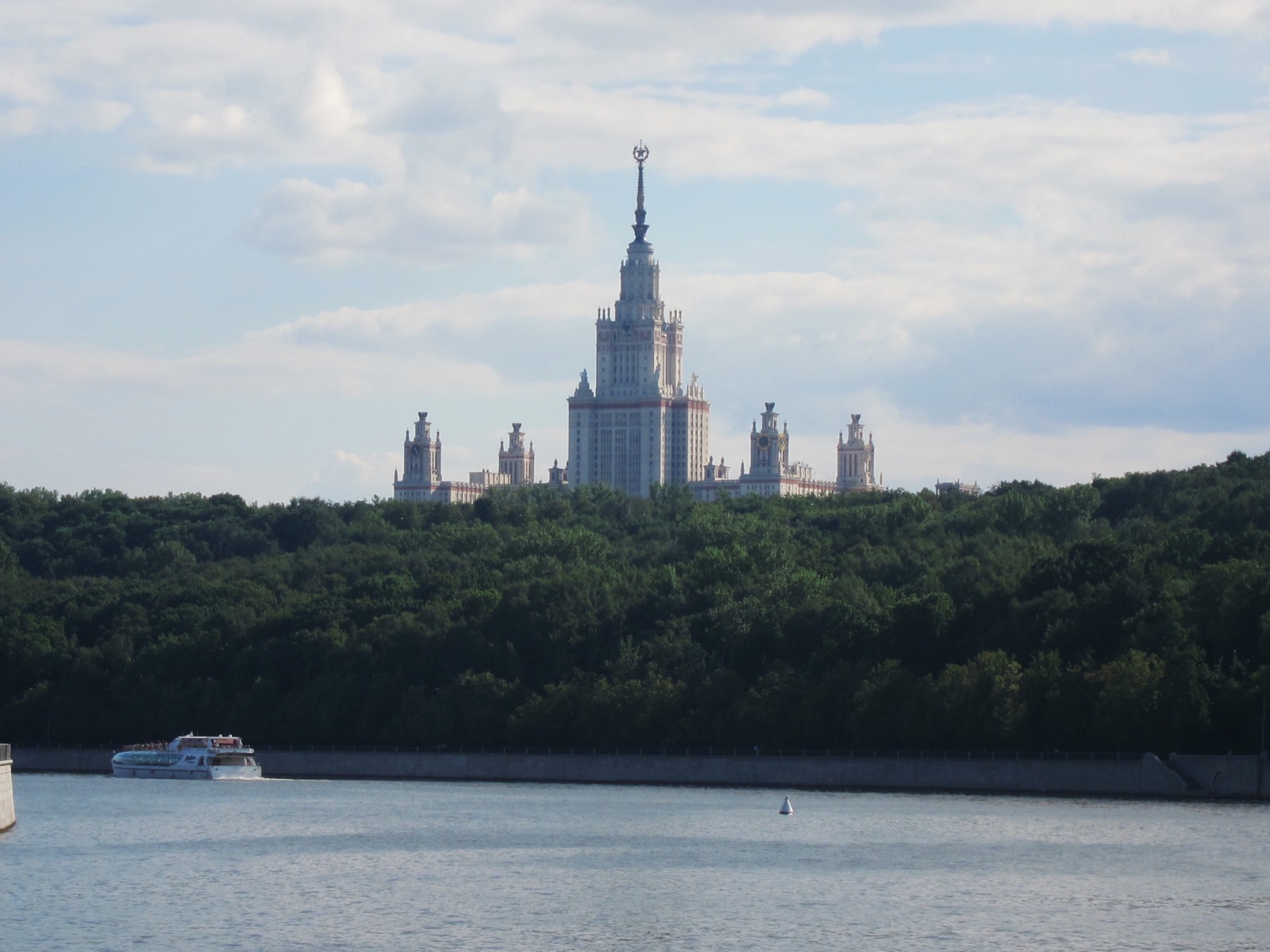 You're in Russia, and you want to get to/from places, pay for things, interact with folks, optimize your mobile and Internet service, and otherwise get around.  In most regards it's like visiting any other European or Asian country, here are some things that will ease your journey and make it more enjoyable.

Should you try to speak Russian? 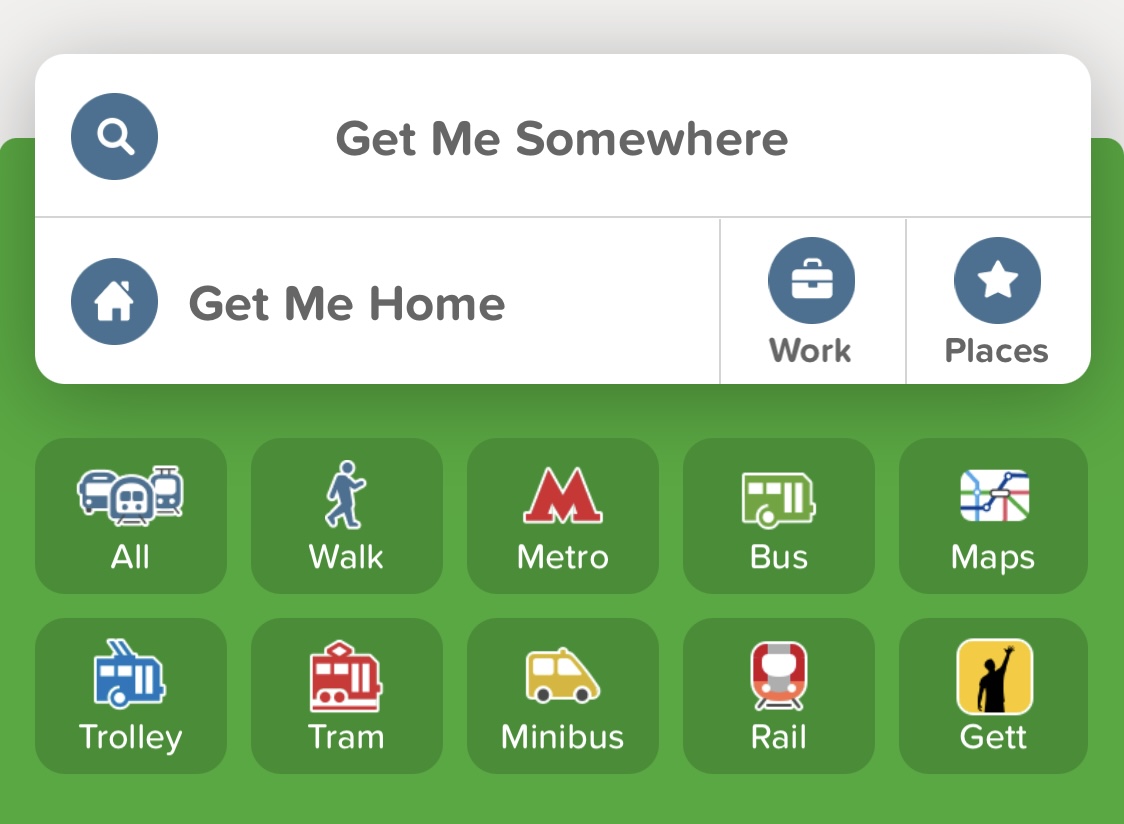 Getting to/from the airport to your hotel or destination 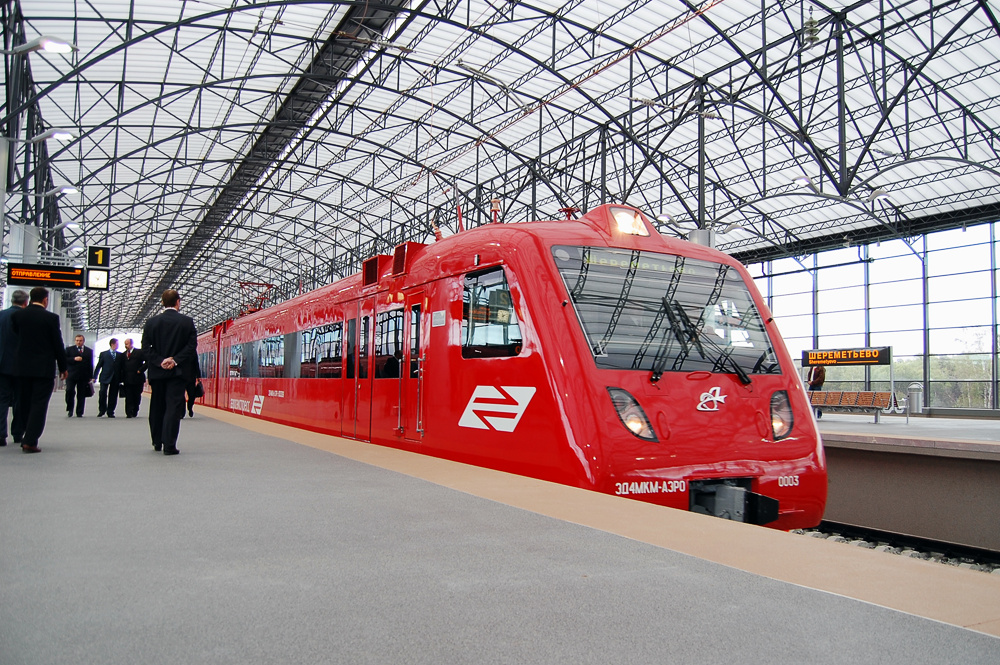 Moscow has one of the best, if not the best, public transportation in the world.  It also has the worst, most infuriating traffic in the world.  While traveling around Moscow, use the Metro whenever possible.

New mantra:  use the Metro whenever possible.

I lived in Moscow for years, and never owned a car -- and I'm a car aficionado!  Why?  Traffic.  Horrible, nasty, annoying traffic.  So - to get around, use the metro whenever you can.  You'll get there faster and see some amazing metro stations (and some fugly ones).  Citymapper is very helpful for finding metro stations and when to get on/off.  The app tells you step by step where to walk, which metro to take, where to transfer stations, where to get off, etc. as you go in your journey (GPS is a beautiful thing).  You can get from anywhere in Moscow to anywhere else, no matter how far, by metro.  Keep a copy of the metro map with you (they're free at hotels and metro stations, or for-pay at any random newsstand with prettier, higher quality paper and some times Latin character labels), use Citymapper, and when you want to find sightseeing places or to meet friends just ask what's the closest metro station and go there. 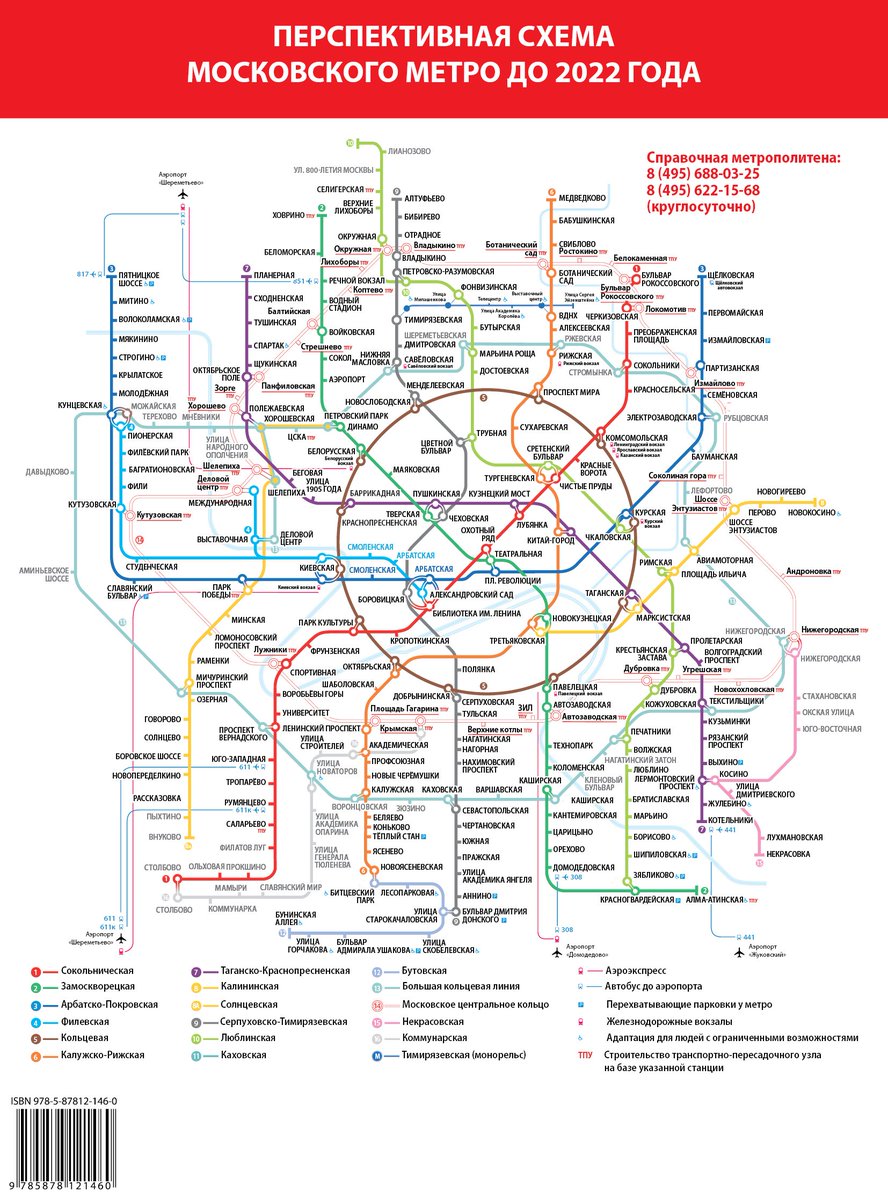 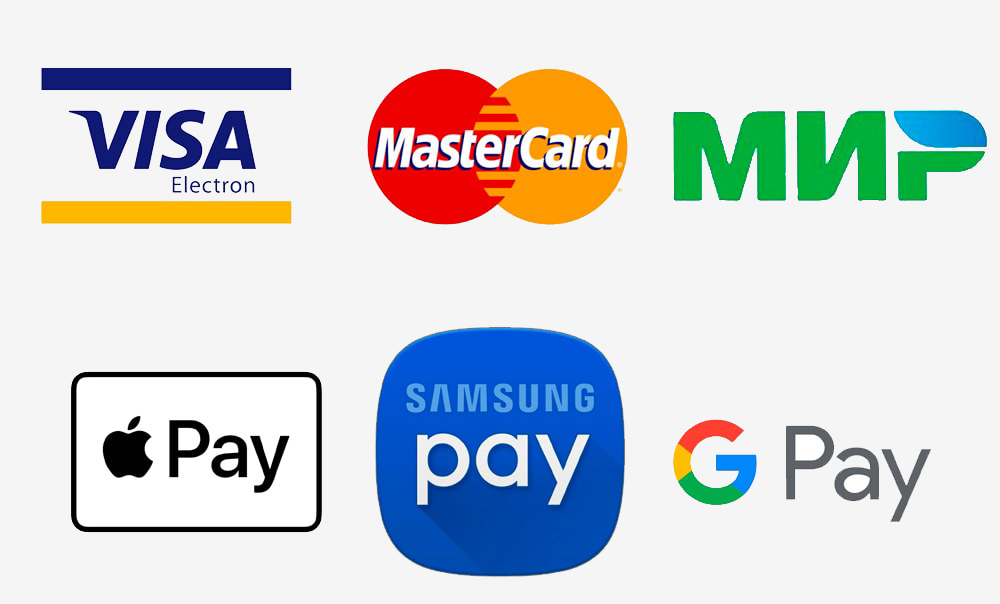 Some cards fail with some payment processors for unknown reasons, e.g. Wells Fargo debit cards fail but BofA credit cards work - if possible, take more than one payment card with you and make them from different institutions/systems, like one Visa and one Mastercard, just in case.

You will be handed the payment terminal to punch your PIN at most places - then there might be some confusion because the US system is incompatible with the European card+chip systems - don't panic; ask them to rerun the transaction as a credit card, which will produce a paper voucher that you can sign. 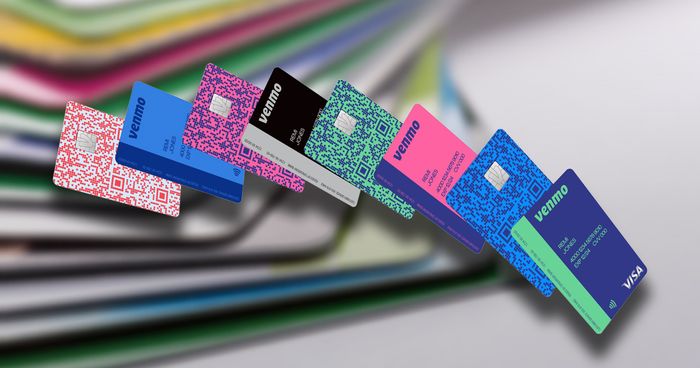 Prices for things in downtown Moscow, hotels, etc. will seem high to you -- that's because those businesses have to pay a living wage and full benefits to the employees.  You don't have to tip in a lot of places, like you do in the US.

The further you get from downtown, the cheaper everything will be.  The closer you are to tourist traps, the more expensive things be.  If you need a bottle of water and you have the option of buying it at a small convenience store or at a nice supermarket, both near you, go to the smaller store and save up to 10%.  Life in Moscow is expensive, try to save cash at every opportunity.

Don't expect to find payment cards at the smaller stores (and everything looks small).  There are a couple of national bank branches (Sverbank or Свербанк, in Russian) where you can fetch cash from an ATM, if needed.

This may apply to your packers.  Some DZs in Russia allow you to pay for jump tickets and packers only through their payment system, and they'll pay the packers on your behalf.  Packers love tips, like packers everywhere - use cash for that.

All cities in Russia have Exchange Offices (Обмен Балюты) sprinkled throughout, where people buy/sell dollars and euros in exchange for rubles.  Many ATMs in downtown areas / international banks give the option to get rubles, dollars, or euros, which you can change later to rubles. 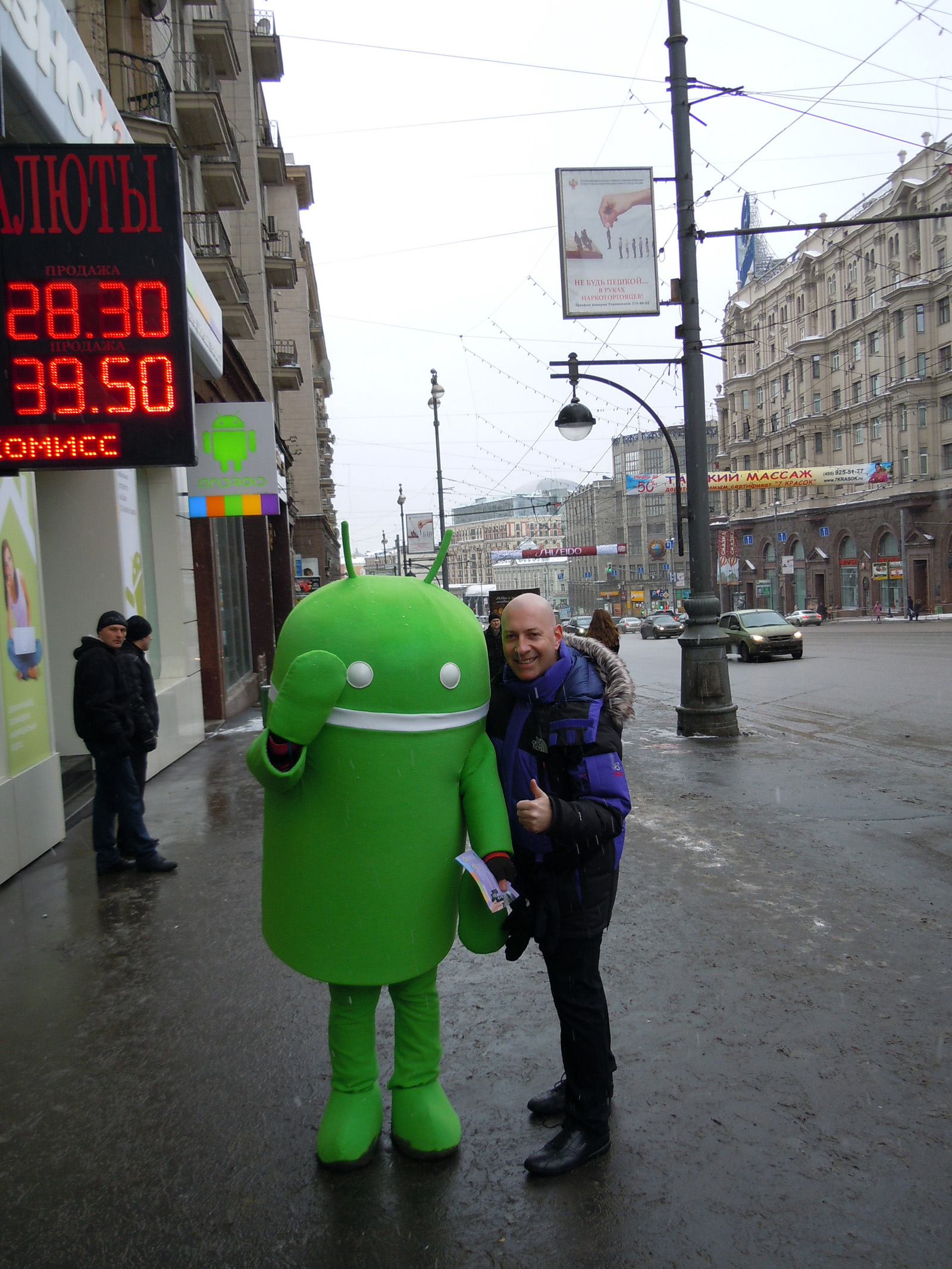 Tverskaya, the Fifth Avenue of Moscow, at an Exchange Office on the ground floor of the building where we live, USD and EUR prices in March, 2011.

Businesses, by law, can only accept rubles.  Russians keep a couple of hundred dollars (or more) in their purse or wallet, to hedge against sudden currency price movements, and exchange them when they need the cash.  Think about this as your "emergency money plan" if you need cash and have some USD or EUR with you.

Getting around Russia is easier if you have Internet service, so that you can use Citymapper, Waze, Apple Maps, get a taxi, or whatever.  Your mobile carrier may offer service in Russia but read the fine print.  AT&T and T-Mobile do have international service there but either it's at a higher roaming price, the speed is degraded to 3G Edge, or both.  Best option:  get a pay-as-you-go SIM card for Beeline or MTS (the major Russian mobile operators).  Way faster Internet service and peace of mind. 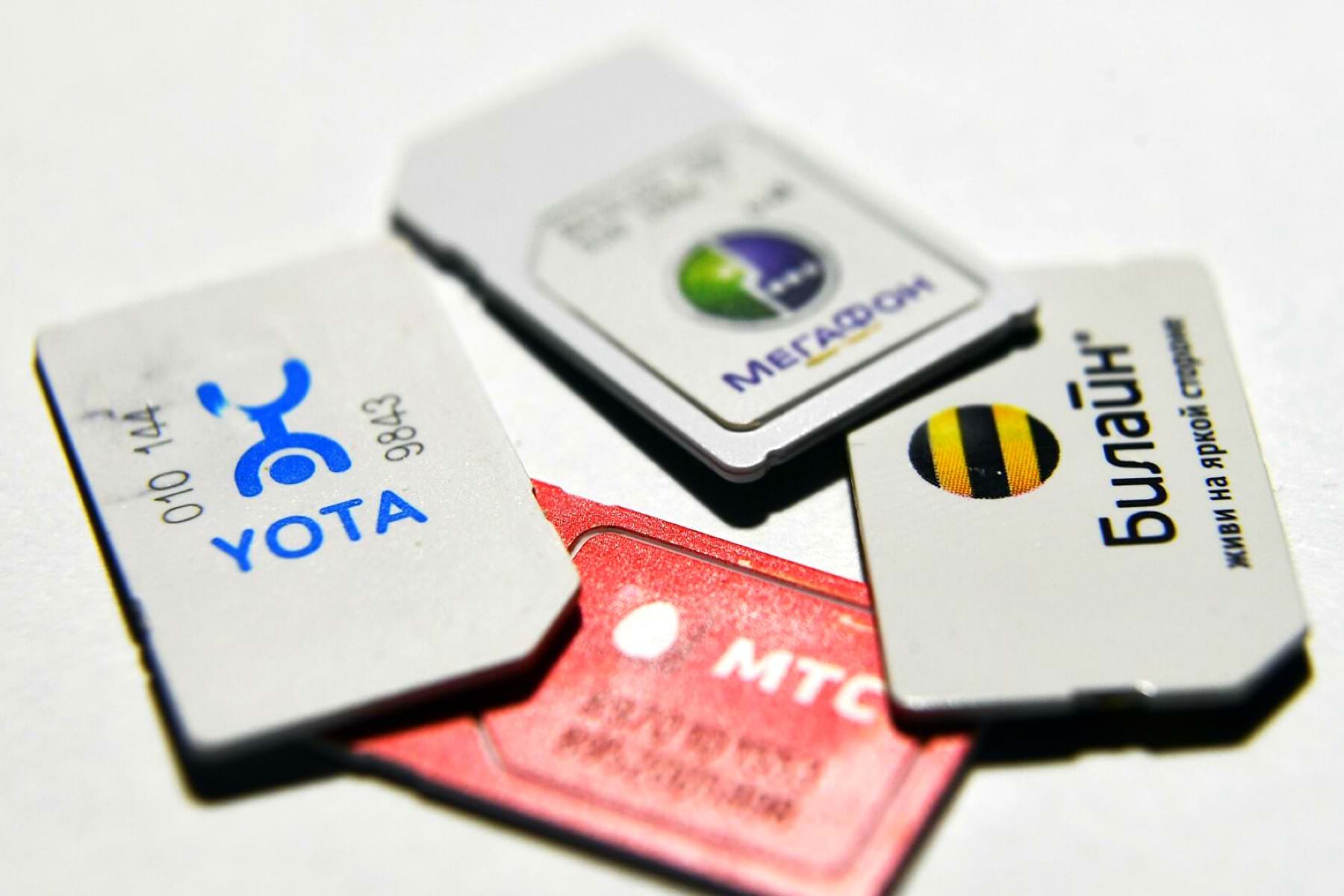 If you don't want to bother with getting a SIM card - rejoice!  Most restaurants, Starbucks, the DZ, etc. most have free WiFi that you can use.  The service ranges from amazing to barely working, but you can get by most of the time without issues unless you have very high data demands.

Most smartphones and carriers (unless they're jerks, like AT&T) offer the ability to tether your computer or other devices to your smartphone, and use that for Internet.  This works fine in combination with a Beeline or MTS card. 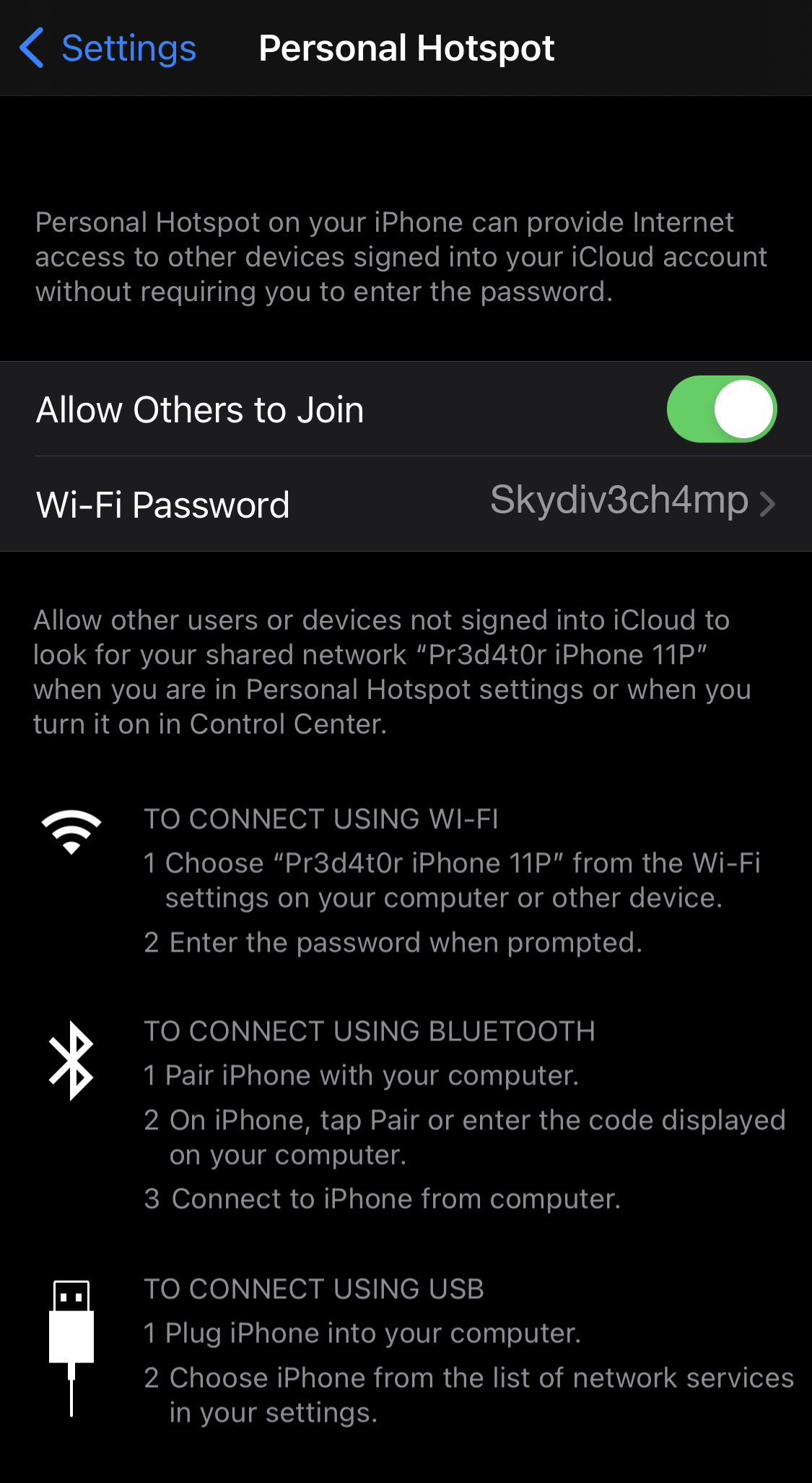 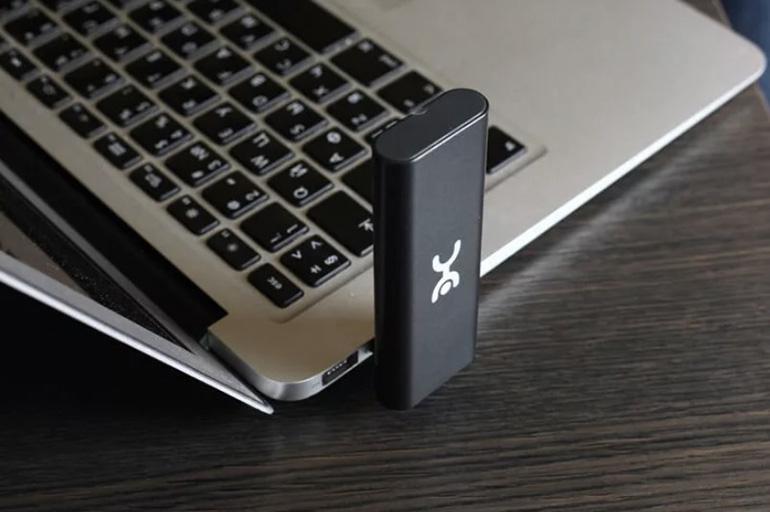 If you need hardcore Internet service, Beeline, MTS, and various electronics stores sell WiFi/mobile hot spots for about $150 + service, the payment is good 30 days of service, and they work quite well for running a couple of computers and mobile devices unless you stream 4K movies to multiple devices at the same time.  Streaming may or may not work, depending on the cell tower capacity in the area.  I use Yota Internet devices because they are cheap and reliable, they sell them in many stores (easy to find), and have pretty good coverage in Moscow.  I don't count on having coverage in Siberia - maybe there's some local data carrier there that I don't know about - will research next and update this page if I find them. 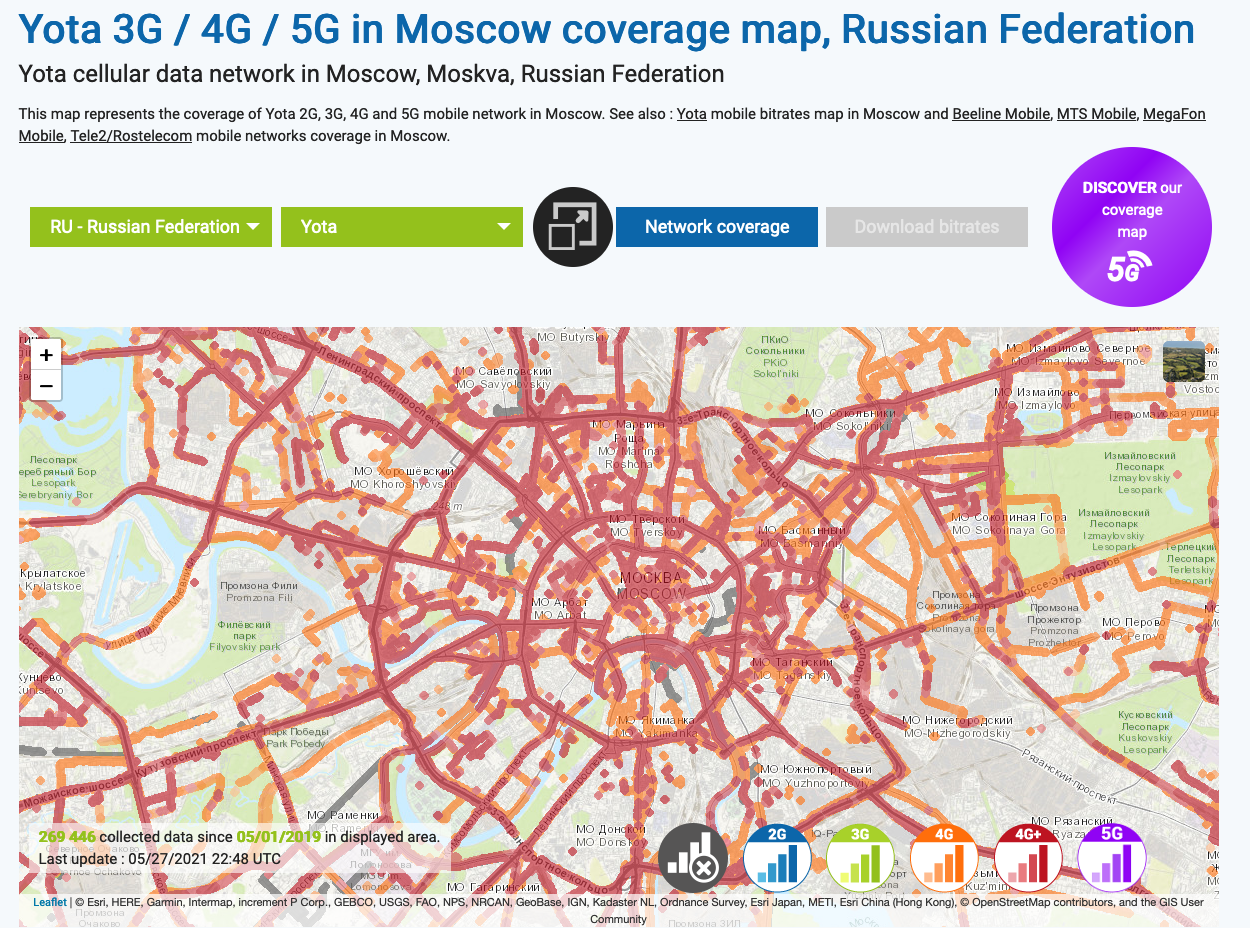 This map shows the Yota coverage in Moscow, in real-time.  Red is the 4G high speed coverage, and most of the city (and all of the center) shows excellent coverage.

Written by Eugene Ciurana on Thursday May 27, 2021
Permalink -