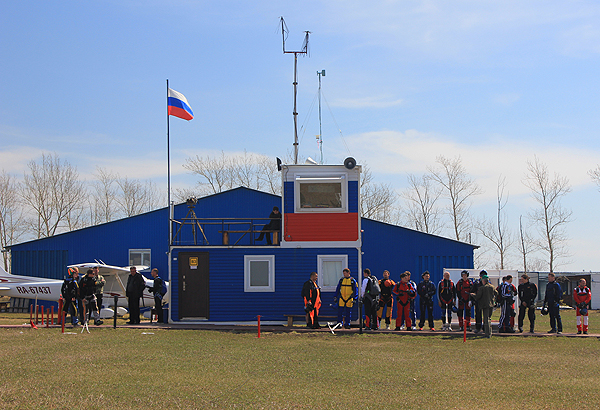 Siberia warms up in the spring and summer, chills in the winter.  The weather isn't always below freezing, but August in Siberia is cooler than in many parts of the world.  In general, Tanay Mondial 2020 skydiving competitors can expect an average air temperature of 17.25ºC.  The analysis in this write up presents weather and precipitation tables in metric and Imperial units.

The standard deviation for the data set is 0.76 for the mean, 1.01 for the max, and 0.84 for the min temperatures.  This means the temperatures are pretty consistent and the min outliers occur more often than the max.  In English, cooler temperatures are more likely than warmer.

The mean temperature calculation based on extremes gives us a ±3º difference against the complete data population.  This means potential big changes in temperature from one day to the next.

No black swan temperature events are expected in August 2021 so far.  According to NOAA, temperatures for the year are already higher in the Polar Circle, and the temperatures used here factor this change.

The standard deviation is 36.47, which reflects a lot of rain variability from one year to the next.  2021 is a drought year, and not a lot of rain is expected in August.  Russian meteorologists predicted the black swan June temperatures and dry weather last March, but the rest of the year is similar to previous droughts.  In English, there's a medium probability of rain on 1 out of every 5 days during the Mondial, but the rain is unlikely to last more than a day, and not a whole day.

The model uses the US National Oceanic and Atmospheric Administration (NOAA) weather observation datasets for Novosibirsk and Kemerovo for every August since 2010.  The reported data had some holes:  average and minimum temperatures for 2019 and 2020 were blank for both locations.  The reports used the full available population (e.g. 22 data points for max temp, 18 for average temp) without interpolation.

The calculations and analysis were done in Excel for Mac.  All calculations used 4-digit precision, two decimal places.  No fancy data science was involved and no domestic animals were hurt during the calculations.